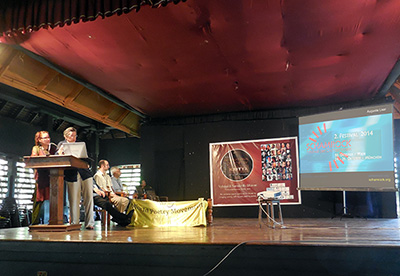 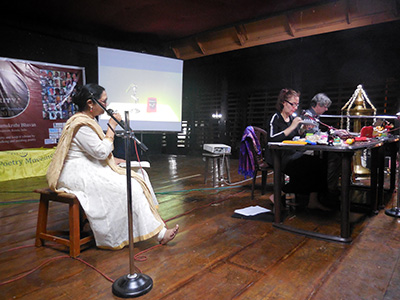 Seth Michelson, a poet from the US who is at Kritya 2014 poetry festival

being held in the city, has authored many poetry collections. He is also a translator, but one with a mission – he translates only the work of feminist women. Does feminist literature make literature more plural, or is itn unsavoury stamp which relegates womento a corner where they a can be conveniently ignored? Some of the poets at Kritya respond to the question.

Augusta Laar, who is a visual artist, musician and a poet, felt there was discrimination in all three fields. Her reply to the 'all man world' was an all-woman literary session which she called Schamrock-Salon der Dichterinnen. She started hosting these salons in Munich from 2009 onwards. Eventually, in 2012, it became a biennial festival where only women poets are invited. She applied for grants, approached cultural institutions, to garner the funds to invite the poets.

Her husband Kalle Laar supports her initiative. "The very fact that it is so successful proves the fact that it is necessary. There are various ways to respond to the issue. Augusta chose to do something about it," he says. However, Augusta feels her mission is far from being accomplished. "Women are not published as much. They have less opportunities to perform. They also win less number of accolades, as alljuries are headed mostly by men who give prizes to men," she says. 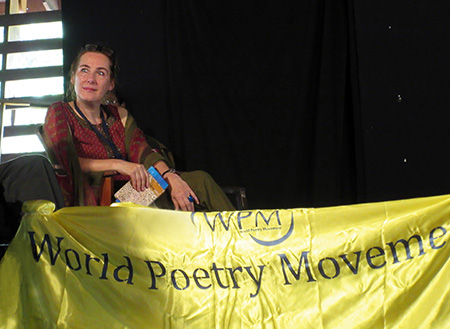 Ingrid Fichtner, who came from Switzerland, agrees with Augusta. In March 2014, I was invited to read my poetry at World Poetry Festival, at Sabad, Delhi, in the opening session. There were nine men and I was the only woman on the podium. It is very important that one talks about this. It is very important that there are these feminist women poets who fight for equal standing," she says. Seth, who has translated three women writers so far. says: The absence of these womens voices is a certain tragedy, gender-based tragedy ..."